Who wrote the Serenity Prayer? 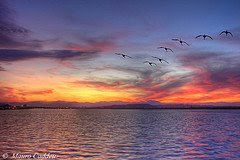 Living one day at
a time; Enjoying one moment at a time; Accepting hardships as the pathway to
peace; Taking, as He did, this sinful worldas it is, not as I would have it;
Trusting that He will make all things rightif I surrender to His Will;That I may
be reasonably happy in this life and supremely happy with HimForever in the
next.Amen.
--Reinhold Niebuhr

Was it Niebuhr? Look here.

In its most basic form, I believe it is an old German prayer, which Niebuhr probably took in as an infant and, from those deep memories, later brought forth his own extended English version. I have no problem with that, as I think he intimated as much in his public comments. [Btw, I have a lot of time for the Niebuhrs, even though they weren't Lutheran;-) ]

Was he German Reformed?

I have read a few things he said and they are fine by me.

Truth is still truth no matter who says it. You can only side with it, no?

The Time article gets at something very significant --the idea of authorship as distinct from who wrote a document. The writer was simply that, whoever wrote it down. The author is whoever's thoughts they are. We still have a hint of this when we say God was the author of the Bible, though he did not write the books.

In the same way, Matthew is Matthew if it expresses Matthew's account of the Gospel, regardless of who wrote it down -- or in the case of Matthew, may have translated it from an Aramaic original.

Niebuhr was sort of German Reformed. His father was a pastor in the German Evangelical Synod of North America, formed out of emigrees from churches of the Prussian Union, sort of an Augustinian Sucessor combination of Lutheran and Reformed elements: they accepted both the LC and the Heidelberg Catechism. In 1934 it mereged with the Reformed Church in the United States, going forward as the Evangelical and Reformed Church, until the merger of that body in 1957 (Judas with a hot dog, I was seven and remember it) with the Congregational Church to become the United Church of Christ, much in the news lately with one of our presidential hopefuls. That is the affiliation of all the Niebuhrs, father and sons, who remained through the mergers in their repective lifetimes.

Even a blind squirrel finds a nut once in a while, even a broken watch has the right time twice a day (or once if digital and set to military time) so the UCC thing doesn't bother me really.

While it is called the Serenity Prayer, I wish it were called the Wisdom Prayer, rather than bothering about who wrote, in the literal sense, it.

Nota: serenity is not the point of the whole prayer. It is connected only with acceptance of the things one cannot change. One prays equally for courage, and that is connected with changing the things I can. But the real problem is wisdom, as a good many of us a good bit of the time are out courageously trying to change things that can't or shouldn't be changed, or serenely acceptin something we should in fact bloody well do something about. So the prayer prays equally for the wisdom to know the difference.

I'm Past Elder, and I'm a Wisdom lacker.

And the blogoshpere said: Hi, Past Elder.

Yes, I would class them (you know he had a theologian brother as well?) as German Reformed. Past Elder is spot on with the historical background.

The question of authorship is an interesting one, as PE alludes. The modern notion of the author as some sort of genius who produces original works without precedent has its roots in the Romantic period and, if at all valid, probably should apply least of all in the religious sphere, where it has done a lot of damage.

The theologian Thomas Oden is one who has rebelled against this trajectory in modern theology.
He would like his epitaph to be: "He invented nothing new". LOL!

P.E. is most helpful when he is not being dogmatic in his loyalty to Mother Synod (LOL).

These nuggets of history is delightful to keep in your lunch box. The trivia is thoroughly useful insight.

What!!! LCMS is the worst synod in the world -- except for all the others!

PE always shoots himself in the foot or groin as the case may be. Lutheran and Protestant and the issue of Reformed and Lutheran are just some of the two poignant issues he has "ducked" in the face of hard facts, only to acknowledge there is historical precedent for the latter.

Can I tell you a conversation I was a part of?

I heard a pastor (Lutheran) said - "but we are not Protestants, what we are is that we are Reformed Catholics"!.

I started laughing inside, I did not want to be impolite I could only grin but now I laugh out loud whenever I think of it.

In ducking the word "protestant" he introduced another term that is worth more explanation than he could ever realize -- "reformed catholic".


To paraphrase my own take on an American saying...

"sticks and stones may hurt my bones but words absolutely ***don't*** hurt me".

Oh for God's sake. Of course there's hostorical precedent for combining Lutheran and Reformed Christianity. The state enforced version of it in the Prussian Union damn near destroyed Lutheranism in the state churches of Germany and the hybrid of two antithetical doctrines was exported here to the US and elsewhere with woeful effects to this day.

There's historical precedent for slavery too, which does not ratify it as an institution.

On a side note, the Princes who forced the union must have thought that these where just kids gangs that just could not get along intent on having their petty quarrels.

Seems to me the Princes were not convinced of the significant differences.