My research paper got accepted in an international conference to be held this October 2010 in Valencia, Spain. The conference is about Knowledge Engineering and about Ontologies in computer science. Unfortunately since I am now out of my university, there is no travel money for me. Besides, my faculty is hard up with cash. Having only 1.5 days of work does not help me much so I am looking for some generous patron who might support and give me a travel grant. I have a handful of philanthropic groups to approach but I need more, so should you have some ideas, I would be grateful if you pass them on to me.

Lastly, I am surprised that the book Concordia The Lutheran Confessions: A readers edition of the BoC released by CPH has been challenged and LC-MS is revoking its doctrinal review certificate. I am not sure what this means. Does it mean we can get our money back? I got my worn out Tappert version, this red BoC has served me well.
[update]
I read it first at Ichabod and the LC-MS article is found here. Apparently this is not news anymore. However this is news to me because when I got mine from a stockist in 2008, they still sent me the 2005 edition that did not contain the corrections.
BTW, if you know of some philanthropists, I would appreciate your letting me know of them. We do not have a lot here.
Posted by LPC at 6:29 PM 74 comments: Links to this post 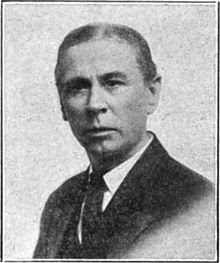 My pastor gave me a little booklet called Before God and The World, Selections From the Confessional Writings of the Lutheran Church, Elvin W. Janetzki. It is a nice collection of BoC paragraphs arranged topically. For example, on the topic of God as Creator you will find all paragraphs related to that topic.
As my favorite is Justification and so I went there and I read Apol XII:

60] When the adversaries speak of faith, and say that it precedes repentance, they understand by faith, not that which justifies, but that which, in a general way, believes that God exists, that punishments have been threatened to the wicked [that there is a hell], etc. In addition to this faith we require that each one believe that his sins are remitted to him. Concerning this special faith we are disputing, and we oppose it to the opinion which bids us trust not in the promise of Christ, but in the opus operatum of contrition, confession, and satisfactions, etc. This faith follows terrors in such a manner as to overcome them, and render the conscience pacified. To this faith we ascribe justification and regeneration, inasmuch as it frees from terrors, and brings forth in the heart not only peace and joy, but also a new life. We maintain [with the help of God we shall defend to eternity and against all the gates of hell] that this faith is truly necessary for the remission of sins, and accordingly place it among the parts of repentance. Nor does the Church of Christ believe otherwise, although our adversaries [like mad dogs] contradict us.

I got to the bolded words and I got reminded of what Pieper said...

"I would eliminate faith as a requirement that makes justification true. That would be making faith a work of mine." Franz August Otto Pieper, A Final Word, http://www.franzpieper.com/

I am confused. I do not know about you, but Pieper has a lot of explaining to do.
Posted by LPC at 8:09 AM 62 comments: Links to this post

Today I was on the phone answering a phone survey. It was a long interview about my opinion on what is happening in the country and the world. Not often do I get interviewed. However, some of the questions were already loaded. For example, one question was "what is the reason why we are experiencing these great upheavals in our weather". The question already presumes this to be a fact.
Most of the question had something to do with government policies on the environment and on taxes. I understand market survey companies chuck in other questions along the way that solicit information for their other clients, in this case I think it was from the mining and petroleum industry.
I was happy to be solicited for information.
Speaking of interviews, I wonder if people like me would ever get interviewed by Issues Etc.
With my position on certain issues? Not a chance. What do you think? LOL.
Posted by LPC at 12:39 PM 4 comments: Links to this post

Prior to being Lutheran, I was in a state of confessional confusion and confessional dearth. While I was in this state of confessional wilderness I worshiped in a Presbyterian Church, faithful to the Westminster Confession though I myself could not get myself to sign on it. BTW, I listen to these so called Confessional Lutherans in the blog world talk about Calvinism and they do not know what they are talking about. Mainly because they are repeat-after-me-sem-prof pastors they are not trained to think independently or question what is being taught them. They do not even go check the sources.
At any rate in that Presby church, the pastor is a fine preacher. He does exposition of the text, very well done I might add. Lots of it, more than 20 minutes of exposition. Unfortunately, you are left with Law.
Now I listen to these so called Confessional Lutheran 8 minute sermons, you do get often Law and Gospel, but they do not have a text! They often do not refer you to the text they are preaching from, hence, no exposition. Well of course, if the pastor believes (wrongly) all ARE already SAVED, they just have not believed it yet, what is there to say? He winds up saying - "hey people you are already saved, what are you hanging around here for? Go home! Peace be with ya!"
So-called Confessional Lutherans actually do not like the style of Luther. Luther preached long and tons and tons of Scripture and exposition I might add. Just look at the Large Catechism, it was an entire series of sermons. I think this is the problem, they like to learn sermonizing not from Luther but from some cutesie homiletics theory. It really boils down to not believing the Word will do its job. They want quick and easy results. No wonder, Lutherans are looking no more in their own church. Those who are afraid to leave just suffer and become just like a boat tossed, they are still in the cage but they are malnourished and wobbly.

[Updated]
Dedicated to my USA readers who just celebrated their 4th of July.
There is a common notion that in order to believe in something, that something must exists a priori. Although in human interaction and in some cases this is true, it is not true in all cases. Another corollary to this is that in order for a promise to be true, the content of that promise must, a priori, already be a reality. To make it more concrete, UOJers teach that in order to believe you are justified you must believe that your justification has already occurred. Otherwise, so the reasoning goes, faith has nothing to grab a hold on. Take a look at this example comment by Dr. Kilcrease here, the emphasis is mine for your attention.

I suggest that this type of reasoning or assumption is flawed. It misses the nature of faith and has misunderstood the nature of a promise. This is also reasoning not Biblically but philosophically. Philosophy, let us face it, is often based on observation not revelation.
Let me give an example. If I say to you I will be there in our meeting tomorrow and I will be on time, does that mean tomorrow has already come so that you can believe me - my words and actions? The answer of course is "no". What does it take for you to believe me? I suggest what you need from me so you can believe my words is my character. Am I a person who is known for integrity, is my word my bond? Isn't that what you need from me to believe that what I say, I will do? You do not require the existence of tomorrow, a priori, to believe me, right? Now transfer that notion of character to God who does not lie. We can then see why faith is precious to God.
Furthermore, the notion that in order for faith to grab a hold on something, that something must already exists, does not take faith as a gift. It does not take faith as an entire creation from nothing to something. This "a priori existence thinking" makes faith like it is just a matter of rearranging the furnitures in a room. The furnitures are already there but they are just not in the right places. Scripture does not speak of saving faith in this manner. Rather it speaks of faith as a creation through the Means of Grace i.e., the preaching or proclamation of the Gospel Romans 1:16-17. Faith is creation ex nihilo just like God created the Universe. The Gospel in the BOC is designated an offer. Namely AP XII, v.29

And this contrition takes place in this manner when sins are censured by the Word of God, because the sum of the preaching of the Gospel is this, namely, to convict of sin, and to offer for Christ's sake the remission of sins and righteousness, and the Holy Ghost, and eternal life, and that as regenerate men we should do good works.

As a counter example of why I believe the "a priori existence" notion is false, I give Hebrews 11:

13 These all died in faith, not having received the promises, but having seen them afar off were assured of them, embraced them and confessed that they were strangers and pilgrims on the earth

Faith is the substance of things hoped for, the evidence of things not seen. To believe in the promises of God, that is to see them afar of and yet be assured of them and embrace them is to have a faith whose author is not man but Christ, the author and finisher of faith.
Discussing Justification is always a good thing for in the discussion we get a clearer understanding of where faith is anchored, where it should rest.
Dr. Jackson says it well when he says

Wondering out loud is not permitted in the synods. I believe doctrinal friction is a positive factor in creating doctrinal clarity - as evidenced in the Formula of Concord.

Justification by faith, like subnet masking, is learned rather than taught. Going over every issue is essential in sorting out the Biblical truths.