UOJ - the source of antinomianism

UPDATED:
I have Evangelical friends in USA. I felt their shock when I told them I have become Lutheran.
What I know horrified them was the thought I have become antinomian. These friends of mine seeing Lutherans in their midst and how they behave, believe that Lutherans are antinomians.

UOJ does not produce trust, or Biblical faith. Rather it produces assent similar to what the Devil has, an agreement. Notice how UOJers malign faith. Sometimes, I sense their real hatred for the concept.

Since UOJ does not produce faith and since it is to them believing already what is there, it does not bring a change in the one who has "faith". So by Biblical teaching, the faith they speak of does not justify and since there is no justification and there is no consequent sanctification. Hence antinomianism.

If there are American Lutherans who are bothered by the antinomianism in their camp, they should look at the tree,  and examine its fruit. 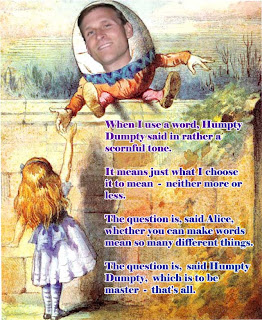 Dr. Jack Kilcrease complains (or so thinks) that Rev. Rydecki does not want to debate him. Now how did Jack Fallacious come up with that conclusion? Well folks, it is.because Pr. Paul does not post comments in his blog to answer his fallacious claims. How weird is that definition of non-debate?

There must be something wrong in his comprehension if he did not see some of the points Rydecki enumerated in Faith Alone Justifies.

Jack made the same claims that I do not debate him directly. But why do you think that? Well I stopped posting my rebuttals in his blog because he does not publish them. Other times I am too busy to take bad arguments seriously. Answer not a fool according to his folly, so the Scripture says in Proverbs 26:4.

I got a life outside the Internet. I know a year or so ago, I encountered LC-MS UOJ defenders at Steadfast Waltherians. As a result of that I got banned from posting. Do not make a mistake we do not debate.

So what do people like me or Rev. Rydecki do? We publish our rebuttals in our own blogs. Apparently for Jack, this is not called debate?

You might say it is not a live debate but we are debating you Jack. In as much as we have been posting rebuttals in our blogs, this is as much debate as there is one in the Internet world. There is a time to speak and so sometimes I do answer a fool according to his folly Proverbs 26:5.

Jack, I know you are reading this blog, and you know well I do not moderate my blog as a general rule. I only step in when I see profanity in the post. Please do not be ridiculous to claim we do not debate you because we do not post comments in your blog, that is another fallacy which you manufacture. The posts we have in our blogs are rebuttals to UOJ and your defense of it.


Just to take a break from the fight, here is something cross cultural.
It is a song about a field butterfly. They sang it really good, they gave me goose bumps.

I am amazed, they pronounced the words so well. They sang it like Filipinos do. 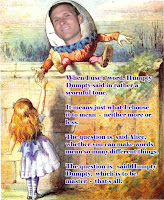 Universal Objective Justification (UOJ) started with a fallacy and so it still produces more fallacies even today. JBFA people discussing UOJ errors with a UOJ adherent need to first step back and give the UOJ adherent a course on Critical Thinking 101. When you point to a UOJ a fallacy, the UOJer treats it like water off a duck's back, it just does not hit them like normal people would.

In fact if you examine the posts and comments here and you look at how a UOJers interact with us, you will soon discover UOJers do not have a capacity to evaluate a fallacy.

For a clue on logical fallacies you can find a good read here.