The sad curse of the Walther Cult 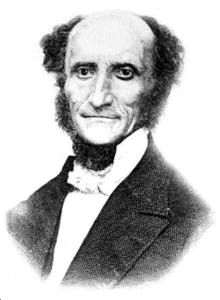 These quotes are taken from the work of the Rev. Dr. Karl Edwin Kuenzel.

I blogged about this in here

The fanatical adoration of CF W Walther in American Lutheranism is astoundingly cultic already, so here are the results of Dr. Kunzel's evaluation:

Walther was a tremendous leader, a dynamic preacher, a powerful lecturer, and a remarkable writer. However, lest we wind up worshipping the man, as many had done with Martin Stephan, and perhaps some do with Luther, we need to be mindful of some of Walther’s deficiencies.
Walther was legalistic when it came to the matters of usury, dancing and going to the theater, life insurance, running a tavern, in-law marriage (e.g., a man marrying the sister of his deceased wife), geographical parish boundaries, the local congregation, and the pastoral office. He often made his position as if it were Scripturally based and therefore God-given doctrine, when, in fact, he was going beyond what the Bible says and turning matters of casuistry into untenable doctrines.
....
Not only did Walther use terms that were readily misunderstood by others, but another cause for his naevi [faults], according to his student August Pieper, was that Walther depended too heavily on the secondary sources of theology, i.e., Luther and the lesser fathers. In spite of all his emphasis on Scripture, there can be no denying this. Although Walther was a great and a very talented leader, he was a poor, even an inferior exegete. He had only an average knowledge of the original biblical languages. Frequently he would cite dozens of Bible passages merely because Luther and the dogmaticians had done so. Yet these passages did not prove what they were supposed to prove. Although very eager to express himself on matters, he failed to recognize that his position was based on translations and not on the original text. Thus, he could say something as if it were doctrinally true, but without a firm scriptural basis. Overall, the knowledge of Scripture that Walther had was more an intimate acquaintance with Luther’s Bible and knowledge of certain passages rather than knowledge of the whole line of thought of a biblical book and of the original text.

Note: The conclusion is that he was a fantastic quoter but a poor and weak exegete who could not read the original Biblical text. As we can read, seems like he had an opinion about any spiritual matter, "eager to express himself on matters". There are plenty of these cultic types of people who can even quote Scripture from memory but when analyzed deeper, it is off.